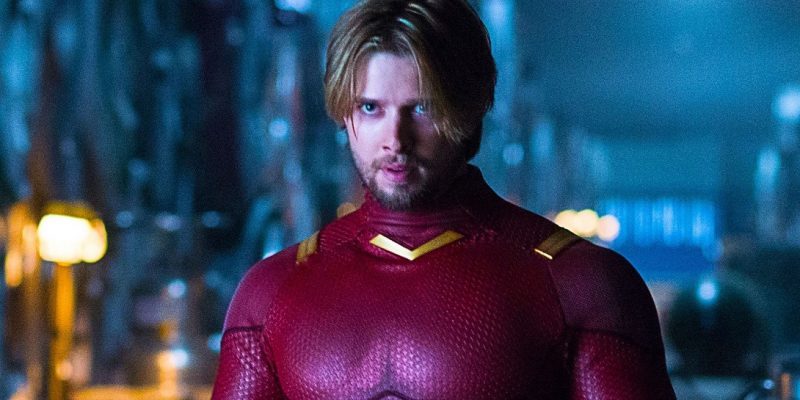 This week we were treated to one almighty helping of backstory heaven as Titans finally shed a light onto the shared history of the original team. With the entire episode being set five years in the past, the likes of Kory, Jason, Gar and Rachel took a hiatus to put the emphasis firmly on the past. A more innocent, happy go lucky time, with grimaces replaced by smiles and friendly banter. But, based on the traumatised, broken nature of the present day and the absence of Drew Van Acker’s Garth/Aqualad from the modern day timeline, this episode carried with it a sense of impending doom.

Slade’s past with the team was really opened up this week. It seems as though this past timeline will continue to be examined alongside the present day, which is a clever narrative ploy to use. There is a rich history to be mined from, which will help to frame the status of the team in the present, particularly the mutual animosity with Slade. His introduction this week was extremely effective, as a montage of assassinations (weirdly set to jazz music), highlighted his ruthless, cold skill as a paid killer. An unstoppable force of nature that can’t be stopped. Whilst Esai Morales doesn’t have much to do in a character sense, the physicality of the character is spot on.

Of course, the inevitable collision course is coming, but first we get an extended look at the inter-team dynamics from this time period. Dick and Dawn are an item, although Hank seems more than alright with the situation, which seems to be a bit of contradiction from season one. Such quibbles aside, the interplay between the team is very enjoyable stuff. There is a sense that these are young heroes that haven’t yet become jaded and beaten down by the world. The addition of Garth to the team is a welcome one, short lived as it is. Despite his almost overly aggressive pursuit of Donna, Van Acker gives the character a sympathetic edge. No slouch in the field either, as he plays a key role in the team taking down Dr Light for the first time. Although they do seem to make hard work of it, a glimpse of the quintet working in unison is great, comic book come to life action.

The fledgling romance between Garth and Donna seemed authentic and heartfelt. Despite his aforementioned eagerness, the thought he has been in love with her since the age of 12 gives the audience a window into the past. An episode with these characters barely out of childhood being trained by their respective mentors would be a real treat, if unlikely. As the other half of this pairing, Conor Leslie gives perhaps her best performance to date. Torn between her Amazonian obligations and her true feelings, her performance is a great example of restraint in the face of temptation. It is a shame that the ending of the episode means we won’t get to see these two together any longer, as the dynamic seemed believable.

As an aside, Garth’s exit from the episode (and presumably the show), seemed a little odd. Where we have seen Atlanteans shrug off heavy fire like it was nothing in the DCEU, to see one be felled so easily was a strange concept.

With an ending that sees Dick ready to go down a darker path in the name of revenge, I really can’t wait to see how he plans to use Slade’s son Jericho as bait. Could it be that his actions bring him into conflict with Bruce, setting up the estranged relationship between the two that was in place at the very start of season one? Chella Man’s interpretation of Jericho is one that is full of promise and his interactions with the team should be captivating television. Based on Rose’s reason for hating her father in the present, is Jericho doomed? If so, does Slade blame the team for his demise? What secrets are being kept in the present? However it plays out, the next few weeks are going to interesting to say the least.