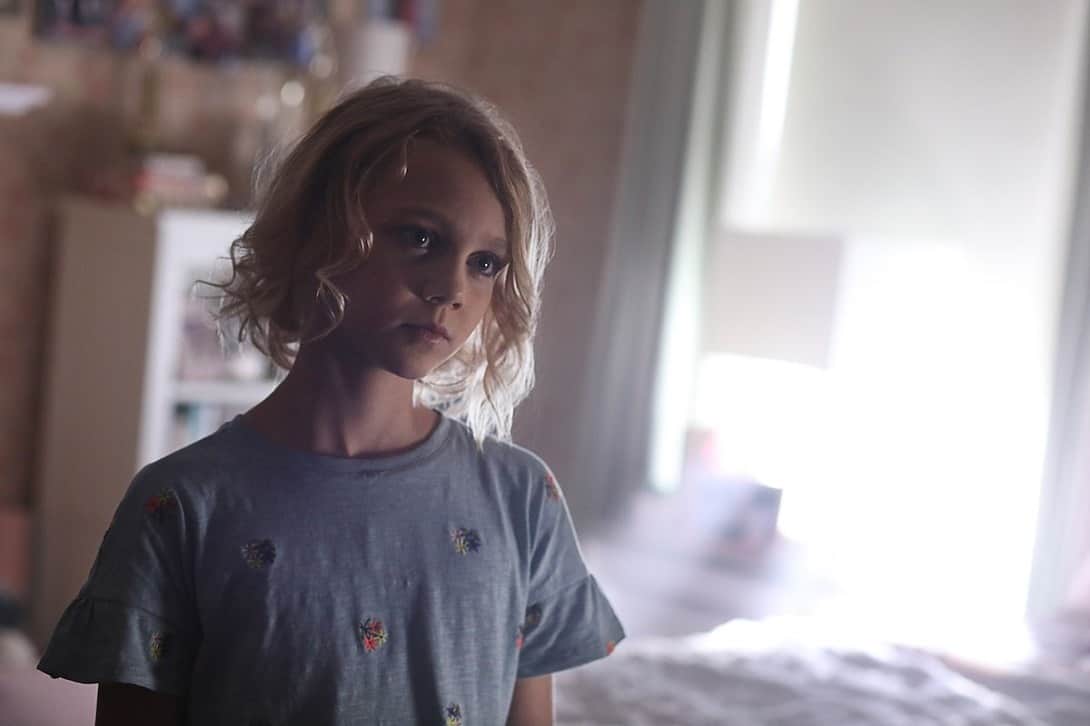 The Phantom Stranger! The Blue Devil mask! For a show that keeps delivering hit after hit, episode 5 certainly didn’t let the standard drop. Drive All Night was an absolute belter of an episode that developed into something of a ghost story that provided chills and shocks in equal measure. Oh, did I also mention that this episode gave us a first mention of The Green? It most certainly did, meaning the tally chart of fanboy pleasing moments for this show is now at unchartable levels.

So firstly, what about The Phantom Stranger? Macon Blair’s interpretation was a huge departure from the comic books, eschewing the classic appearance as depicted below in favour of something more real and with less grandeur. Blair’s stranger was a scruffy man of the swamp, boating into view with a dash of classic Roy Orbison playing on his boat stereo. His interaction with Swamp Thing was a fascinating scene, as he strove to remind Holland of his human nature and introduced him to the concept of The Green, the sentient force that connects all the fauna and plant life. Whilst this was a brief appearance, it left enough of an impression to leave us wanting more. Next time, could he appear in his full glory? The possibilities are limitless.

More tantalising tidbits this week concerning Daniel Cassidy and the nature of his entrapment in Marais. Based on the ill fated attempt to cross the town limits, he is literally trapped there. Just what is the mystical force that is keeping him there and what is the “deal” he has made. Seemingly his fate is based around keeping Abby Arcane protected. Ian Ziering has done a sterling job with his portrayal of the character, his cocky exterior belying his noble intent. And finally, we got our first glimpse of the Blue Devil mask, emitting a force similar to that which is keeping Cassidy in Marais. I literally cannot wait to see him in full flight, fused to the costume and in full possession of those powers….

The main plot thread this week however, was centred around the Sunderland family and their new “adopted” child, poor Susie Coyle. The child that has suffered more than any other in recent memory hit the heights this week, as she was possessed by the spirit of Shawna, the Sunderland’s dead daughter. The proverbial hat must be doffed to Elle Graham, a wonderfully talented young actress, for her performance here. Able to switch between a frightened child and a menacing spirit with consummate ease, she has a bright future ahead of her.

As Shawna tries to tempt Mummy Maria to join her at her place of death, the tragedy of Maria really takes front and centre. A mother still grieving over the death of her child, a wife to an unfaithful husband (Will Patton was on full creep mode this week), and just barely holding onto her sanity, you truly get the sense that death may be something of a release for the poor woman. Virginia Madsen has been excellent in the role thus far, making the character one of the most sympathetic on the show, juxtaposed with the benevolent menace of her husband Avery. Not only is he sleeping with sheriff Cable, but is handily dishing out threats to Liz and her father whilst making homemade turtle soup. Not a dish I would wish to try, especially prepared by such a sociopath. Will Patton’s demeanour is pitch perfect, a combination of authority, sleaze and imminent danger. As an aside, just what could be the identity of the man he refers to Woodrue as the “best in the business” and a cert to track down Swamp Thing. My heart says a badass DC character, my head says Dog The Bounty Hunter. Hope springs eternal that this man will be another top drawer pick from the comic pages.

All in all, this was another classic slice of DC entertainment. The mythology of the show was expanded yet again, the backstory is being filled in constantly and the plot is moving forward. With only 5 episodes left to go, I hope and prey that the end gives full closure to the show if it isn’t going to be resurrected elsewhere. If not, it will be a scandalous situation for a creation that has delivered the goods from its first frame onwards. A cut above the standard comic book TV fare, let’s embrace the next five weeks and give Swampy the send off that he so richly deserves.