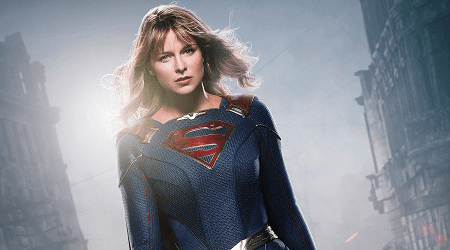 Supergirl this week takes a step back in time to explore the relationship between Lena Luthor and Andrea Rojas. Knowing the pair have a troubled background we finally learn exactly how close they were and why they drifted apart.

Kara/Supergirl takes very much a back seat this week and gets very little screen time. Under normal circumstances I would be criticising the show for this. However, I found this weeks episode to be one of the seasons best so far.

Katie McGrath who plays Lena Luthor is an incredibly talented actress who could  easily lead her own show. I was critical of season four when she was under utilised and played a minor supporting role and I’m glad to see the writers have listened and made her a much more prominent figure so far in season five.

A lot of work went into writing and making this episode and it was executed perfectly. Dana Horgan and Nicki Holocomb are seasoned writers on Supergirl and know just how the characters should act and feel. Shannon Kohli was directing her third episode after delivering two of the stronger episodes from season 4 Blood Memory and Will the real miss Tessmacher please stand up? And is becoming a name I am excited to see on the credits.

Final congratulations go to Katie McGrath and Julia Gonzalo who were an on dream pairing. Both delivered excellent and varying performances demonstrating heart, humour, strength, emotion and most importantly looked like they had a great time playing the parts.