As our regular feature here are the latest Comic reviews on DC Rebirth from Alex Knight, each week he writes up his reviews on his favourite Comic releases and there are plenty more titles available too. You can also follow Alex on Twitter at @apknightable 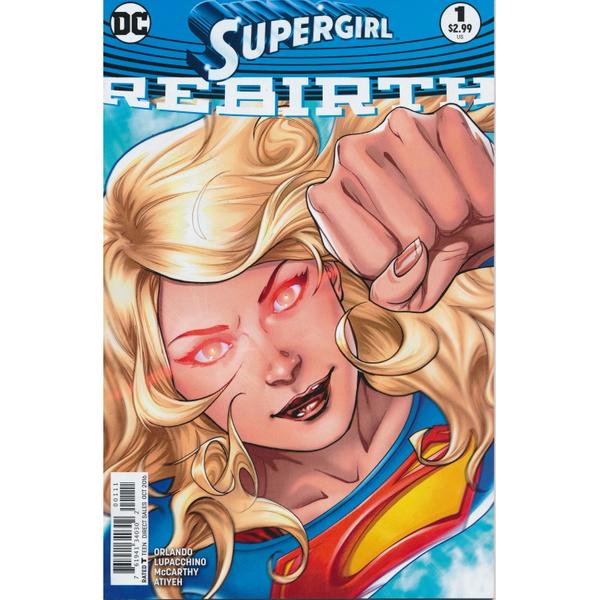 Steve Orlando has been given a potentially very hot property in Supergirl, considering the current CBS series in her name has piqued the public’s interest in an otherwise maligned character. So it’s a pleasant revelation to see that Orlando treats Kara as a moody teen-ager that’s a fish out of water instead of the bang crash superhero/villain fight that is so common in first issues.

Moody teen-ager probably isn’t the best descriptor of Orlando’s portrayal. For someone who literally crash landed on a planet after having already mostly been raised on Krypton, unease and frustration are natural bedfellows. Compounding this is the knowledge that despite being technically older than her cousin she’s so having to catch up with his knowledge within a much shorter time frame. These feelings of alienation and loneliness are explored throughout the issue to emotional effect. Kara can do good and help people, yet it’s outside of those moments where she’s really struggling.

Despite all this angst, a bubbly undercurrent runs through Supergirl #1, primarily aided by Brian Ching (art) and Michael Atiyeh’s (colours) depiction of Supergirl and the world around her. Their art is poppy and cheerful with a John Romita Jr vibe which counterbalances well against the personal issues Supergirl has. The way that flashback scenes to Kara’s life on Krypton are closed provide a good change of pace in an issue that otherwise has to deliver a significant amount of exposition.

Supergirl #1 decides that if you’re going to reading you’d much rather understand why rooting for her should be your main priority. For this the issue does remarkably well, acknowledging that although she’s practically invincible the things she can’t fight provide her the most difficulty. Coincidentally the best Superman stories are in that vein too, so I’ll be following the next issue to see how it progresses! 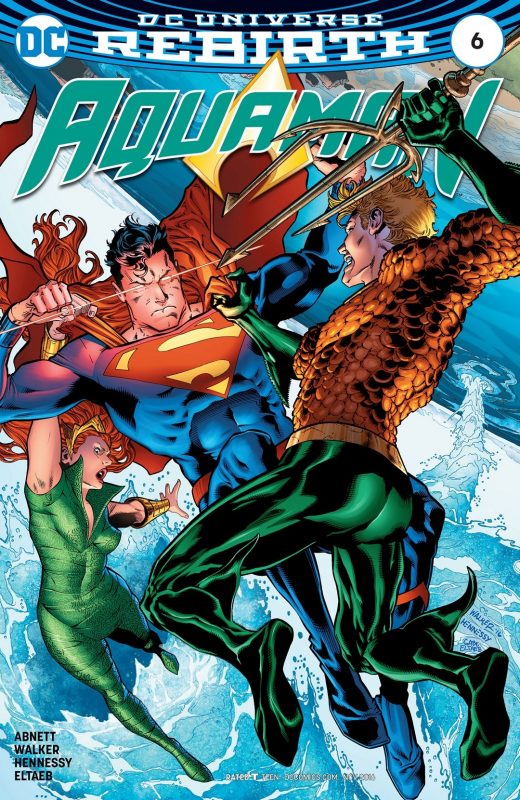 The buildup for the past five issues had come to this climax, with Aquaman being taken by the U.S. Government, Mera busting him out amid international tensions rising in Chesapeake bay. Dan Abnett has written Aquaman into a bit of a pickle, and whilst the conflict between the two main heroes ends relatively as expected, the same can not be said for the villains of the piece.

That being said there are several stellar character moments that Abnett provides, showing how well Arthur Curry and Mera work together to kick ass. For superman fans there’s a bit of bad news- it’s a “Superman plays government lackey-but-not-really” issue. In all honestly it’s not too much of a problem, since Aquaman and Mera need to tag team laying a beat down on someone and very few can take that kind of punishment. I also have to admire the attempts at weaving international politics into a book like this, I for one won’t get tired of seeing the ongoing attempts at uneasy diplomatic relations.

Brad Walker, Andrew Hennessey and Gabe Eltaeb are the trio behind bringing the rumble on dry land to life. Inspiration for the depiction of scales and musculature are heavily influenced by Kelley Jones (check out his Swamp Thing run in the back issues box if you can) with a colour scheme that harkens back to Aquaman’s golden age. With exaggerated posing the drama is elevated through the dynamism of each hit and crunch.

Aquaman is turning out to be an absolute treat, with everyone involved in making this book clearly having fun portraying the characters as they should be. That is, fun and absolutely badass. Whilst this is the end of one arc it does nicely set up the next story, and I absolutely can not wait to see what Abnett and Co have in store for us. 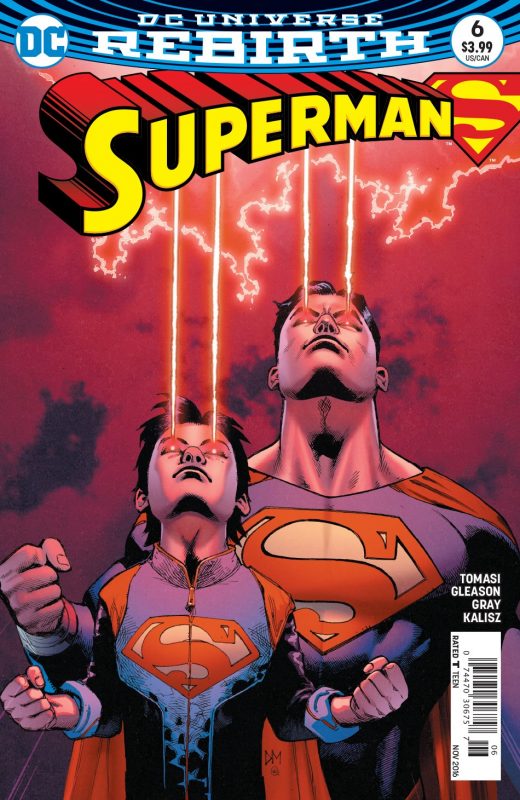 Superman’s back in town! After last issue had Lois Lane in the Hellbat suit fighting off the Eradicator (barely, however) the main man in red and blue is back. Well the Eradicator finally be defeated? Will Jon and Lois be safe? Only by purchasing this book will you find out!

Patrick Gleason and Peter J Tomasi had great success with the father/son dynamic in ‘Batman & Son’, so it’s only reasonable that their Superman and son book should work as well too. By co-plotting the issue their vision is clearly in sync and it shows on every page. Introductions of classic aspects of Superman mythos arise in organic ways with sincere joy throughout. The story in this issue is the conclusion to the reintroduction of

Patrick Gleason, John Kalisz and Mick Gray are penciling, colouring and inking this issue respectively. Their matched style echoes golden age Superman stories with bright colours, bold lines and minimal etching. Considering the current Superman is the pre reboot one, their work provokes a certain level of nostalgia. Their depiction of everyone is full of optimism and really sell the idea of the more compassionate and loyal man he really is. Additionally their paneling provides the action great run ups for money-shot pages, pushing the plot forward and drawing the reader in from the moment go.

Heartfelt enthusiasm eminates off every page, and for good reason, this book is a surefire winner in every way, and although it’s the conclusion to a great arc it’s still a solid entry point for potential readers. Superman is back, and it’s like he never left.