As always here some of the latest DC Comics reviews from this weeks releases by Alex Knight who you can also follow on twitter, link below, feel free to post views too. 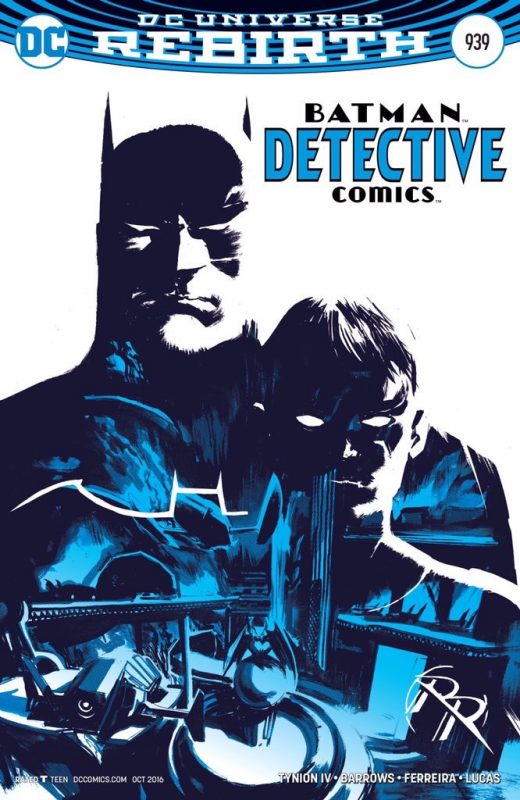 One of the best surprises to come out of the Rebirth series has been the motley crew in Detective Comics. Of course Batman is still involved, but he certainly takes a back seat to Kate Kane and her band of batish-vigilantes. After finding out that the government killer drones were sent by none other than Kate Kane’s own father (somewhat unsurprising considering the military connection) there turns out to be one additional problem the team hasn’t considered.

James Tynion IV brings a round-table approach the utilising every team members strengths. From the silent care of Cassandra Cain to the surprising break-out character that is Clayface, everyone bounces off each other in a pitch perfect manner. On a side note, whilst I am a large fan of hero back story and subsequently (but less so) continuity, it’s appreciated that the Jewish heritage of Batwoman is remembered but isn’t the focus. Likewise, moments that break the tropes of comics are much welcomed, as in this issue it comes in the form of Clayface inquiring about Tim Drake’s technical prowess. Tynion knows it’s the small moments that really develop characters, and it shows.

Eddy Barrows is on pencils with Eber Ferriera inking and Adriano Lucas on colours that help deliver a fantastic installment. Paneling and layouts are exploited by the spectre of Batman, whose symbol lurks over several pages. As “house style” goes this is pretty impressive, with personal style leaking out in several large panels focusing on the tight close-ups, helping dramatise dialogue. This series certainly hits the mark on portraying everyone as they should be, whilst also enjoying itself.

Jumping in cold to Detective Comics #5 might understandably be a bit confusing at times, but it is definitely manageable. That being said this issue is a great way of building up to what could potentially be a very personal end, should rumours surrounding recent art re-solicits be accurate. 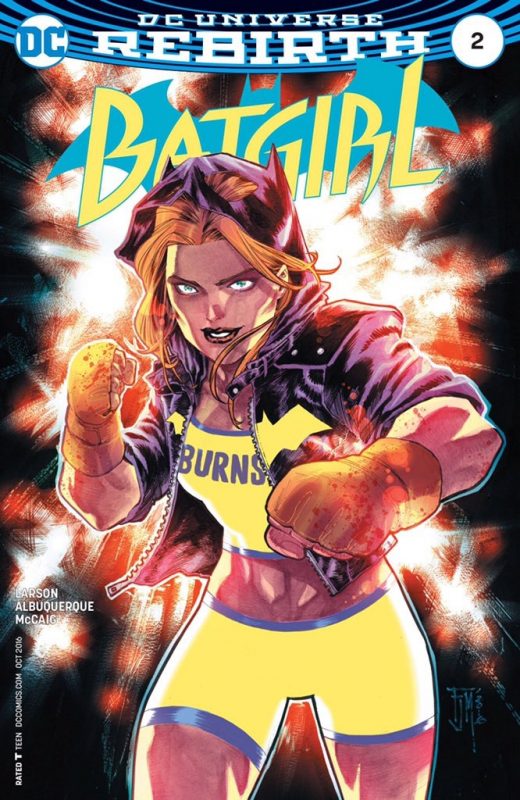 Batgirl continues to expand into building Barbara’s developing life in Japan, chronicling her navigation of cultural acclimatisation in addition to romantic and
superheroic pursuits. Following the Fruit Bat’s advice she seeks out a martial arts gym to take her into the tournament she needs to get to. But as you can imagine things don’t always turn up peaches and cream, Batgirl’s life being no exception.

Hope Larson focuses on several aspects of Barbara’s new life, splitting time equally between civilian life and what goes on under the cowl. To this end everything moves smoothly as background characters are established. Primary conflict is progressed from the first issue and ultimately it turns out that making personal mistakes isn’t region exclusive. It’s great to see another bat-character break from the mould and form a part of their identity that isn’t dictated by the Bat of Gotham. Whilst escaping influence is impossible, it’s healthy to see Babs willing to seek her own adventure and hopefully learn a great deal in the process. As a reader I’ll be happy to see it through.

Rafael Albuquerque brings his undeniable talent again to the table, demonstrating with Dave McCaig the brightness being a direct continuation from the “Batgirl of Burnside” run that preceded it. Every page pops with a spring in its step, proving a light and breezy affair that can still knock you for six with well timed pacing and colours.

The Batgirl of Singapore isn’t the catchiest of titles but this series is proving to be a great Rebirth kick-start for the character. Anyone interested in Batgirl will be glad that this series is as good as it is. Given time I’m sure a great back ground cast will develop and the Singaporean heroes will also get explored. It’ll surely be a fun ride. 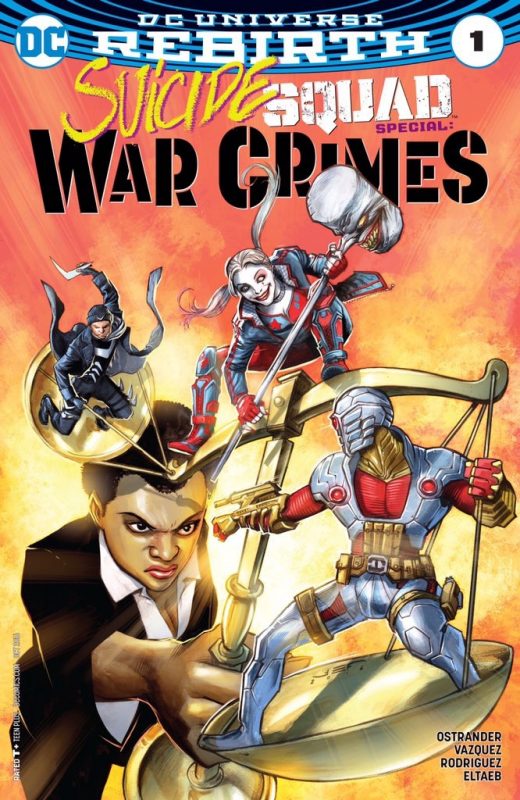 Oh reader, if you saw the Suicide Squad film and enjoyed it, I have to recommend getting the 1980s series written by John Ostrande and Kim Yale. This special issue is written by Ostrander and feels like its an issue that somehow got lost from that era.

John wrote those original issues as political black ops missions in the straightest sense. Well, as straight as can be when one of the core member’s main offensive weapon are literally boomerangs. This special takes that concept back to its core by establishing the end goal, making it politically relevant and having Amanda Waller convincingly play everyone out of the field. Even though it has a couple of the current roster showing their heads, make no mistake that this is the D lister group again where anyone (within reason) can get capped. It’s a refreshing reminder of what was and what could be, and as much as I enjoy Rob Williams’s work I would happily pay to see Ostrander write the Suicide Squad for the long run again.

Guys Vasquez and Carlos Rodriquez provide the art with Gabe Eltaeb on colours. As issues go their work is pretty but generic with mostly consistent facial expressions. Their moment to shine does arise when Boomerang is forced into action, showing how well they and Ostrander understand his character. Action runs smoothly and with a deft hand at compression, utilising the increased page rate to achieve its full potential.

Suicide Squad: War Crimes Special is a fantastic treat of Ostrander’s capability to still throw in surprises to an old formula that still hasn’t lost any of its relevance. I just wish there were more issues coming so DC could keep him back for good.