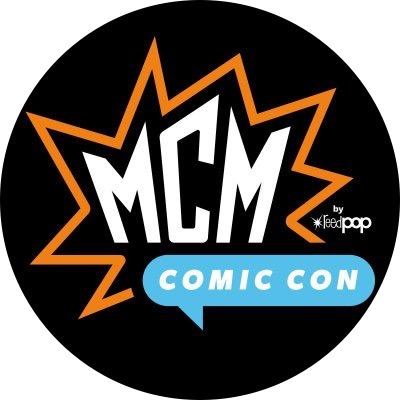 May has a tradition in the calendar year for a convention and it was the return of MCM Comic Con at Excel from Friday 24 – 26 May 2019.

This is my third time I have attended MCM and they do everything they can to put on a great convention. The guest line up was extra special with original team Arrow making an appearance to meet fans. With Arrow announcing season 8 will be their last season it was definitely an opportunity to meet Stephen Amell (Oliver Queen) Emily Bett Rickards (Felicity Smoak) and David Ramsey (John Diggle). Tyler Hoechlin (Superman, Teen Wolf) is another popular guest. Sebastian Stan star of Captain America: The Winter Soldier, Avengers: Infinity War and Avengers: Endgame attended Saturday and Sunday and his photo ops sold out within minutes! Stranger Things fans were also lucky to meet David Harbour. Misha Collins from Supernatural, Jason Mewes, Brian O’Halloran, Marilyn Ghigliotti, and Scott Schiaffo attend for the Clerks 25th anniversary. Walking Dead guests included Madison Lintz, Macsen Lintz, and Matt Lintz.

One of the main reasons I attend MCM for is the amount of variety of exhibitors. When I attended October 2018, I did most of my Christmas shopping as I saw something for nearly everyone. MCM is also fantastic for the Funko Limited Edition exclusives. They certainly upped the bar at this Comic Con, with a 10” super sized Pop! of Thanos, a glow in the dark Captain America Pop! and Tee combo, Flocked Hedwig from Harry Potter, Flocked Simba, Mermaid Pusheen, my personal favourite was Mysterio unmasked from the upcoming movie Spider-Man: Far From Home, a gold chrome exclusive of Darth Vader and exclusive Robin pop vinyl.

Fantastic artists, great promotions, with the opportunity to have a 270 degree video from cineworld cinemas using screen X with Spider-Man was very cool.

There really is a panel for everyone at MCM. With panels happening all 3 days again the variety of subjects is really interesting. With 7 stages placed around Excel and a easy to read schedule you can plan your days very easily. Main Stage, Centre Stage, Creator Stage, The Studio Stage, Live Stage, Pop Asia Stage, and Cosplay Central Stage.

I always try and attend a panel on a subject that I don’t know a lot about. I attended My Hero Academia on the Live Stage where the stars of the hit anime show Jason Liebrecht, Elizabeth Maxwell, Aaron Dismuke, Lindsay Seidel and Ricco Fajardo, discuss how to be real heroes. I certainly came away knowing a lot more about manga as I recently started reading manga.

The visual delight of seeing people in cosplay never disappears. When I make my journey towards Excel on the DLR you always know you are going in the right direction. Again the variety, detail, and effort that goes into cosplay is outstanding and the people that you get to meet and talk to are some of the friendliest people at a Comic Con.

MCM Comic Con is a very good experience for types of people. I can see MCM becoming an even bigger event with more exclusives, guests and panels. It’s definitely one Comic Con I will alway attend.