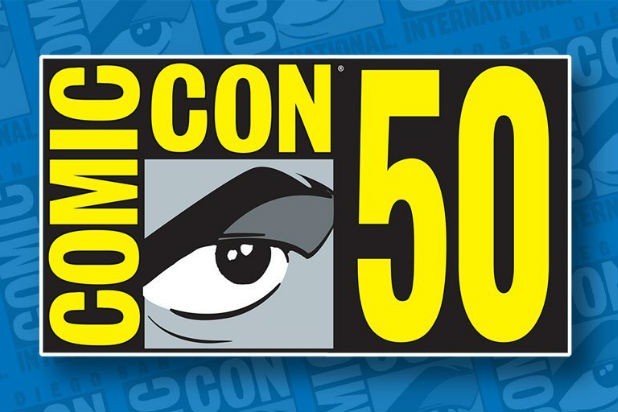 It’s July and that means only one thing, the biggest international Comic Con is back and its in its 50th year! SDDC is known for bringing surprises especially on super Saturday in Hall H. Last year at SDCC, Warner Bros took over the Hall H to bring us the long awaited AquaMan and Shazam! trailers. This year DCU movies releases are happening at the end of the year and into 2020, with the first release being Todd Phillips ‘Joker’, starring Joaquin Phoenix. But DC was represented by new seasons of television shows and exclusive screenings of brand new shows.

I have overall been very impressed by San Diego Comic Con this year as there was a lot of different panels with trailer exclusives. Instead of keeping all the surprises to just one day, I think everything has been spread out perfectly even over the four days. So I have put together my highlights of this years convention which are not necessarily DC connected.

Batman fans were given an opportunity to attend a Batman experience. Warner Bros television continued their annual preview night tradition with the exclusive world premiere screening of new series Batwoman and a pilot screening of new series Pennyworth. It was fantastic to see David Mazouz (Bruce Wayne) from my favourite show Gotham. Also on display were costumes from Gotham including the final outfits worn by Robin Lord Taylor (Oswald Cobblepot), Cory Michael Smith (Edward Nygma) and Gotham’s version of their Bat suit.

Have You Lost That Loving Feeling?

Thursday at SDCC got off to a great start, and it was packed with panels and exclusives. Batman Beyond was celebrating it 20th anniversary and announce the collection coming to Blu Ray release in October.

First of the movie presentations was Terminator: Dark Fate from Director Tim Miller. This is Tim’s 25th Comic Con that he has attended. The movie will arrive in cinemas on 1st November 2019. Linda Hamilton returns as Sarah Connor. Linda Hamilton did confess during the panel she did take time to decide If she wanted to return. It was also confirmed Edward Furlong would be reprising his role as John Connor. It was a fantastic panel especially when Terminator himself Arnold Schwarzenegger, joined in on the fun and chat of what goes into making a movie like Terminator.

Did you know Popeye also was turning 90? San Diego Comic Con put on a panel to celebrate another iconic animated character.

Podcasts have become very popular over the last few years and there was an opportunity to ask advice in how to set up, structure your own podcast.

The highlight of Thursday for me personally was when Conan O’Brien introduced Tom Cruise to Hall H. I don’t ever recall Tom Cruise ever attending SDCC, but I might be wrong. The trailer he had come to drop on the stunned audience was for the sequel of the highly anticipated Top Gun: Maverick set to released in July 2020. For years fans have been asking for a sequel and Cruise has held back from doing one because he has been waiting for the right story to come along. I personally as a Tom Cruise megafan was not really on board for a sequel because the original would not make my Cruise top ten films, BUT then I saw the new trailer. I love Aviation and it shows a lot more of it then I expected. With hearing the iconic theme tune, Cruise putting on the signature Maverick flying jacket and shades. A nice little fact about the original Top Gun movie it was filmed in San Diego across the road where the convention is held. Cast includes Jennifer Connelly, Jon Hamm, the return of Val Kilmer as Iceman and Ed Harris. So are you ready for the danger zone? I am!

Hall H was busy again on the Friday with a conversation with The Russo brothers about their biggest grossing film ever in the world Avengers: Endgame, it’s finally knocked James Cameron’s Avatar of the top spot. Veronica Mars is making a comeback, premier of the new Amazon Prime series The Boys, a new season of Fear of the Walking Dead, and The Dark Crystal: Age of Resistance. Also a really interesting panel that was held was a debate about what is the best superpower?

Have you read the graphic novel Hush? If you have then you are probably eagerly awaiting the new animated feature. This was also premiered and is now available for digital download. Hush being one of Batman’s famous villains also has been anounced as the live action villain in Batwoman. Burt Ward also will be making a special appearance in episode 3.

We finally get to see the teaser trailer Henry Cavill’s new Netflix series The Witcher. Cavill character Geralt of Rivia is a solitary monster hunter who struggles to find his place in a world where people often prove more wicked than beasts. During the panel Henry revealed he really had to convince the show runner that he was right for the part. Owning lots of swords he was definitely dedicated in bringing the role alive on screen. It will be a 8 episode season which yet has no date for release on Netflix.

Pennyworth teaser trailer previewed a few weeks ago. But at SDCC we got to see some of the cast including Paloma Faith, Jack Bannon and Ben Aldridge, with show runners and creative team Danny Cannon and Bruno Heller. When I saw the trailer and listened to the panel it actually convinced me more that this prequel to Alfred Pennyworth is a prequel I never thought I needed. It’s looks exciting, stylish, dark and how the DCU looks in the sixties.

And it certainly was! Let’s start with all the CW news. All the shows will make their return in then autumn which will ultimately lead up to the CW Arrowverse Cross over event, Crisis On Infinite Earths. The huge announcement which made it even more super that Brandon Routh will be suiting up as Superman again along side Tyler Hoechlin. Brandon won’t be wearing his Superman Returns suit but he will be the Kingdom Come Superman. The above photograph show Brandon revealing the famous logos on his chest which confirmed which Superman he was going to be.

Super Girl, Melissa Benoist has a new look for season 5. A fringe and Super Girl traditional look has gone, and is now wearing a full Super-suit which has had some interesting opinions from the fans. Melissa will also be making her directorial debut this season.

Some sad news also came from the panel, Mehcad Brooks (Jimmy Olsen) will be the showing. He will be missed as he is a fan favourite on the show and at conventions and everyone at DC World wish Mehcad well on his future projects.

The Flash showed a very impressive trailer which got the fans intrigued and excited for season 6. Danielle Panabaker (Caitlin Snow / Killer Frost ) is also getting a new suit. Danielle did reveal they had been working on the new look throughout season 5 but didn’t have the chance to use it, So season 6 will be its premiere.

It is an emotional time when your favourite television show is coming to an end and I completely understand how the fans of Arrow feel, bittersweet. The final ever panel for Arrow season 8 happened and it was emotional especially for Stephen Amell. Always seen as the leader on and off screen Stephen certainly has lived the character of Oliver Queen from the very first episode. Again another impressive sizzle reel to get the fans excited for their final season.

Coming to HBO in October is another well loved and respected graphic novel adaptation, Watchmen. We have been teased in the past with only seconds of trailer but it was enough for me to jump on this hype train. The Watchmen trailer is brilliant. It shows all the elements of what we are hoping the television show will bring and HBO make it visually stunning.

Other Highlights From Saturday.

Westworld III – I have loved the last 2 seasons of Westworld. The theme tune alone is something I adore about this show and is on my playlist. The western theme of the last 2 seasons also has been fantastic setting. This third season is set in a completely different setting. Dolores ( Evan Rachel Wood) is plotting a rebellion with the other hosts who escaped Westworld. Tessa Thompson plays a new version of Charlotte Hale are being hunted by humans. Aaron Paul who is a new character is seen to be cradling Dolores in his arms, which indicates that his character helps Dolores. One of my favourite characters from Westworld, Maeve Millay played by Thandie Newton finds herself in a brand new park which is set in World War II.

Star Trek : Picard. I will watch anything Sir Patrick Stewart is involved in and what Amazon Prime is bringing us all in 2020 is definitely a real treat. Again a great panel revealed the return of Jerri Ryan as Seven of Nine and Brent Spiner as Data.

Carnival Row : is set to air on 30th August from Amazon Prime. Starring Orlando Bloom, Cara Delevingne, Tamzin Merchant, David Gyasi and Jared Harris. The synopsis alone has me totally intrigued as a human detective and a fairy rekindle a dangerous affair in a Victorian fantasy world. The city’s uneasy peace collapses when a string of murders reveals an unimaginable monster.

The biggest panel of Sunday which definitely needs a mention is for Supernatural. After 15 seasons another fan favourite show is coming to an end. Jensen Ackles and Jared Padalecki who play the Winchester brothers expressed their emotion in just hard it is to say goodbye. Like all good television shows Supernatural will stand the test of time and fans will rewatch the seasons over and over.

So there are my highlights of San Diego Comic Con 2019. There was also massive Marvel news in Hall H on Saturday night but everyone has read about that! Overall I thought it was a very good convention and I will look forward to all the new shows starting.

Many thanks for your time Claire @GothamiteClaire.