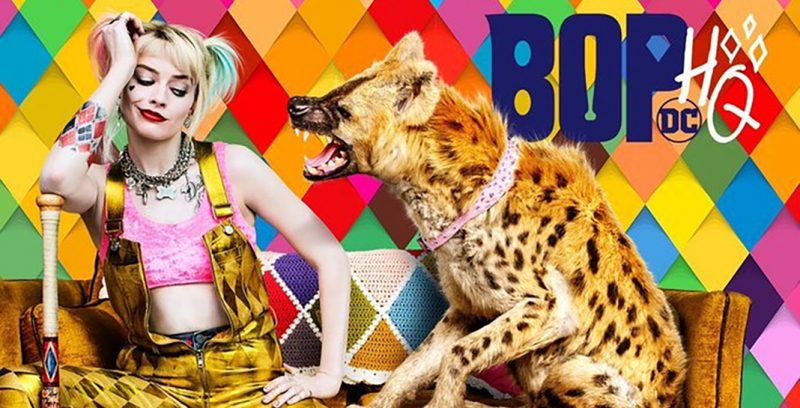 Birds of Prey, is another huge success for DC!

Following in the footsteps of previous triumphant hits, Wonder Woman, Aquaman, Shazam and Joker, Birds of Prey (and the Fantabulous Emancipation of One Harley Quinn) is no exception! When Margot Robbie burst onto our screens in 2016’s Suicide Squad, any doubts about her casting were quickly diminished. Jump four years into the present and it’s hard to argue that not only is she one of the most famous actresses in the world, but she’s also one of the most iconic faces of the DC franchise. Holding her own with the likes of Batman, Superman & Wonder Woman.

How has she done this you ask?
Because Margot Robbie IS Harley FREAKING Quinn!

Birds of Prey (and the Fantabulous Emancipation of One Harley Quinn) is written by Christina Hodson and directed by relative newcomer Cathy Yan! (Dead Pigs 2018).
It’s stylish, action packed and quite frankly a little bit nuts! Which is perfect for any story involving “Mistah J’s” significant other or not so significant other, as the case may be. The breakdown of Harley and The Joker’s relationship is unbeknown to the crime lords of Gotham city including Ewan McGregor’s brilliant Roman Sionis and his henchman Victor Zsasz, (Chris Messina).
Harley now finds herself alone and what used to keep her safe, the immunity she once had being associated with the Joker, has gone. We find Harley masking the break up with various stages of relatable grief.
In one scene she’s wallowing in her new apartment eating junk food (sounds like my Saturday nights) and in another we see her taking out her frustrations on any poor opposing roller derby team. This plays out like a beautiful splash page, straight from an Amanda Conner & Jimmy Palmiotti comic book! 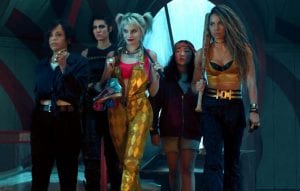 We eventually end up with Harley closing the book on the Joker chapter of her life, meaning she is now ready to embrace the fresh start. However the way Harley goes about this puts a big target on her back, that winds up impacting a host of new characters.
One of these being young pick pocketer Cassandra Cain (Ella Jay Basco). Her actions propel the story forward and sets off a chain of events that brings together the brilliant Dinah Lance, played by the incredible (Jurnee Smollett-Bell), the cool & mysterious Helena Bertinelli (Mary Elizabeth Winstead) and the gritty, tough GCPD cop Renee Montoya (Rosie Perez).
All three of these characters have separate agendas, but can’t help being dragged into the mess Harley constantly finds herself in. Ruthlessly being hunted by (Mcgregor’s) Sionis, the ferocious women decide to take a stand!

The fight scenes and choreography are some of the most hard hitting pieces of perfection, you will witness in any superhero film! The chemistry of the cast is a joy to behold. Especially Ewan McGregor and Chris Messina, they steal every scene they’re in and bring a real level of threat to the film. The flamboyant yet sinister pair are just one of the many reasons to see this film though. Margot Robbie is on top form as Harley Quinn, whilst the supporting actresses all have individual moments to shine.
Everything about this film works! The soundtrack portrays the tone of the film exceptionally. The film oozes charisma! It’s colourful, fun, entertaining and straight up action packed! Which should prove once and for all, that strong female characters are here to stay, and help drive the superhero genre forward for many many years.

Birds Of Prey (and the Fantabulous Emancipation of One Harley Quinn) hits Cinemas on February 7th.