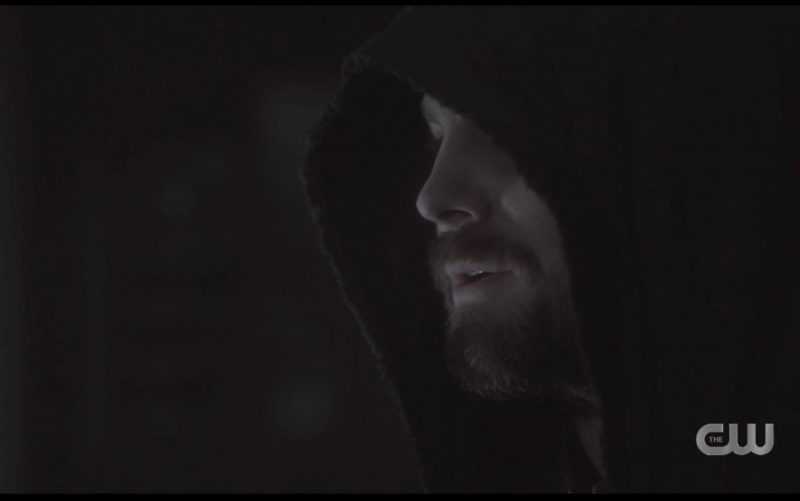 The Crisis on Infinite Earths event is reaching it’s end, with Arrow hosting the penultimate episode which will set up the events for the finale of one of the biggest TV crossover events of all time, which will end with DC’s Legends of Tomorrow Season 5, Episode 1.

Our heroes have already experienced more loss than anyone should ever endure, and still they keep on fighting, but it’s no easy feat to keep going. Oliver Queen has already sacrificed himself once which didn’t sit well with some of the other heroes, especially with his daughter Mia, who does everything she can to bring him back, but with Oliver’s return, comes the introduction of a new character which Oliver must become in order to play his part in the finale of the Crisis, but more on that later.

This episode takes us back to the very beginning, and shows the audience the origins of Mar Novu a.k.a The Monitor, and how he came to be a time traveling deity. As a scientist in an advanced civilization, Novu’s life long research took him to the dawn of time, and introduced him to the world of anti-matter and the Anti-Monitor.

Our remaining heroes, known as the Paragons, are currently trapped in the Vanishing Point, a place outside of both time and space. A place hidden from the Anti-Monitor and the wave of anti-matter that has been destroying the multiverse, where they are somehow meant to save everything and everyone that they have lost, but they all begin to doubt and lose hope. 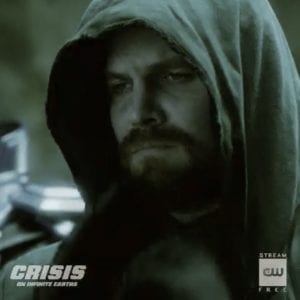 Remember how I said Oliver’s return marked the arrival of a new character, a new identity for Oliver? Well that identity is known as The Spectre, and he has new powers, which will aid the heroes in saving the universe. Stephen Amell portrays a new kind of hero, who is shrouded in mystery and don’t expect to learn much about him, because the most you’ll learn about Spectre, is that he is in tune with the entire multiverse, which includes the speed force.

This event is essentially a homage to all things DC, and each episode includes homage to all things Arrowverse, with throwbacks to some of the earliest memories of the shows, such as dialogue from Barry’s first introduction to the show back in season two of Arrow, and of course the line from many episode of the Flash, this time spoken by Oliver who says “Run Barry, Run”. However, this event doesn’t just connect the Arrowverse, as we’ve seen in previous episodes with the cameos of many familiar faces from Burt Ward (Robin from Batman ’66), Ashley Scott (Helena Kyle/The Huntress from Birds of Prey 2002) and even Robert Wuhl (Alexander Knox from Batman 1989) but one cameo that really shocked me in this episode was the appearance of Ezra Miller as Barry Allen a.k.a The Flash from the more recent Justice League film back in 2017. His short cameo appearance is a game changer because it means that the DCEU resides in the same universe as the Arrowverse, and whilst many of us suspected it because we all want to believe as DC Fans, that every DC product whether good or bad reside in the same universe and of course the multiverse theory of the DC Comics is the perfect way to represent that and bring everything together in what is essentially a shared universe for all DC products.

This event brought everyone together and although many great characters were left out, the big names were there and that’s what matters. We got glimpses of familiar faces, we got short dialogue scenes with others and overall this event has been interesting to say the least, because it shows us versions of our favourite characters like we’ve never seen before. The build up to the finale is intense, with everything on the line, the heroes know that they cannot give up no matter how impossible their victory may seem.

Overall this episode of Arrow, brings us to the penultimate finale’s of two things, one being the Crisis event and the other being Oliver Queen’s inevitable demise which will soon introduce us (in episode of nine of Arrow) to the new Green Arrow, who we all know now to be Mia, the daughter of Oliver and Felicity.

The event as a whole has its ups and downs. Some scenes feel a little slow and sluggish, whilst others bring the excitement and joy we know these shows can bring at the very best of times, but there’s a lot of back and forth with some of the themes and it can feel very dull in parts. However, as a whole, especially when you consider what this event means for the Arrowverse, this crossover is huge, and it brings everything together in one big joyride of episodes that give use the very best and very worst of each of our heroes. The future looks very different thanks to this crisis, so it’s definitely interesting to see what the future of the Arrowverse will become.